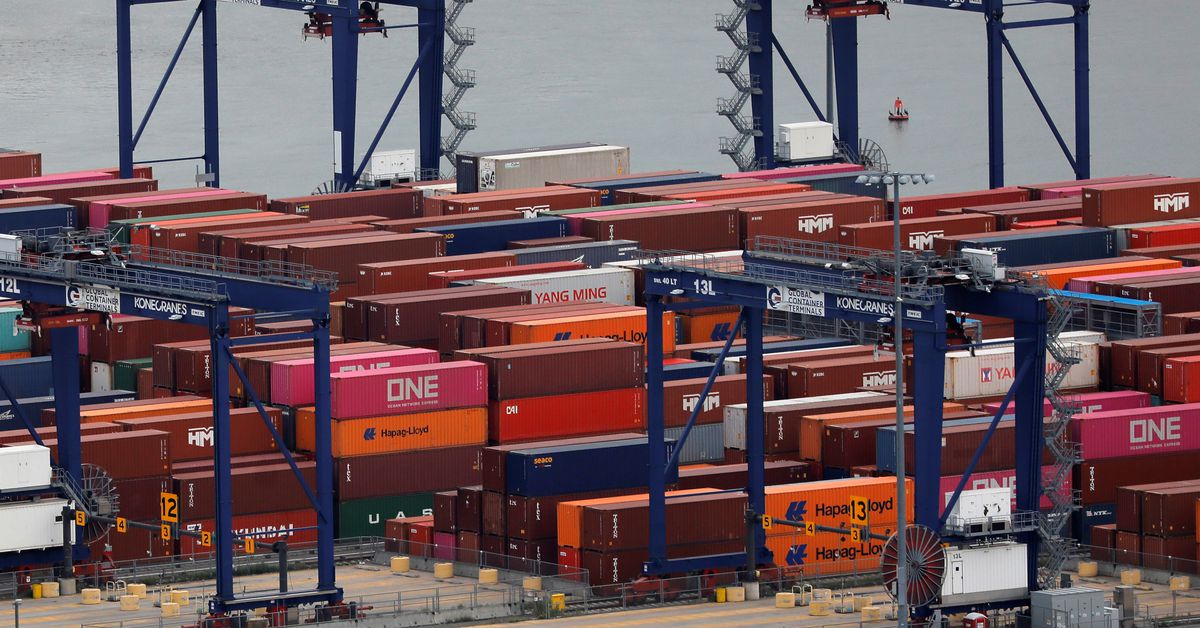 WASHINGTON, Sept 28 (Reuters) – U.S. consumer confidence fell to a seven-month low in September as a relentless rise in COVID-19 cases deepened concerns about the economy’s near-term prospects, fitting in with expectations for a slowdown in growth in the third quarter.

The survey from the Conference Board on Tuesday showed consumers less interested in buying a home and big-ticket items such as motor vehicles and major household appliances over the next six months. Consumers were also not as upbeat in their views of the labor market as in the prior month.

Economic activity has cooled in recent months as the boost from pandemic relief money faded and infections flared up, driven by the highly contagious Delta variant of the coronavirus. Labor and raw material shortages have also chipped away at growth.

“But given that wave seems to be cresting, there’s hope confidence just hit its nadir,” said Robert Frick, corporate economist at Navy Federal Credit Union in Vienna, Virginia. “Assuming predictions of Delta dropping hold true, this setback may be a three-month trough during the recovery rally.”

The Conference Board said its consumer confidence index dropped to a reading of 109.3 this month from 115.2 in August. The third straight monthly decline pushed the index to the lowest level since February.

The measure, which places more emphasis on the labor market, has dropped 19.6 points from a peak of 128.9 in June. It was in contrast with the University of Michigan’s survey of consumers, which showed sentiment stabilizing early this month.

Economists polled by Reuters had forecast the consumer confidence index nudging up to 114.5.

“These back-to-back declines suggest consumers have grown more cautious and are likely to curtail spending going forward,” said Lynn Franco, senior director of economic indicators at the Conference Board in Washington.

Politicians in Washington bickering over extending the federal government’s borrowing capabilities are also casting a cloud. Treasury Secretary Janet Yellen told lawmakers on Tuesday that the government could run out of cash by Oct. 18 unless the U.S. Congress raised the debt limit.

Yellen warned that a debt default would be a “disastrous” event that would trigger a “financial crisis and calamity.” read more

The Conference Board’s so-called labor market differential, derived from data on respondents’ views on whether jobs are plentiful or hard to get, fell to a reading of 42.5 this month from 44.4 in August, the highest since July 2000.

This measure closely correlates to the unemployment rate in the Labor Department’s closely watched employment report. September’s employment report is due to be released on Oct. 8, but could be delayed if Congress fails to reach a deal by Friday to keep the government funded. read more

Stocks on Wall Street were trading lower. The dollar rose against a basket of currencies. U.S. Treasury prices fell.

Buying intentions for motor vehicles fell to a nine month low. Fewer consumers planned to purchase household appliances like washing machines and clothes dryers over the next six months, supporting expectations for a sharp slowdown in consumer spending this quarter, which will ultimately restrain economic growth. Gross domestic product growth estimates for the third quarter are mostly below a 5{7b69b9de36438d361c7735609901fa0dd171d5610b3d58886a55f998d0ab2cb7} annualized rate. The economy grew at a 6.6{7b69b9de36438d361c7735609901fa0dd171d5610b3d58886a55f998d0ab2cb7} pace in the second quarter.

Expectations for slower GDP growth were reinforced by a separate report from the Commerce Department on Tuesday showing the goods trade deficit rose 0.9{7b69b9de36438d361c7735609901fa0dd171d5610b3d58886a55f998d0ab2cb7} to $87.6 billion in August as businesses imported more products to replenish inventories. Trade has subtracted from GDP growth for four straight quarters.

Imports of goods climbed 0.8{7b69b9de36438d361c7735609901fa0dd171d5610b3d58886a55f998d0ab2cb7} to $236.6 billion, lifted by consumer goods and industrial supplies. But imports of food, capital goods and motor vehicles fell. Motor vehicle imports were likely weighed down by a global shortage of semiconductors, which is impacting production.

Rising imports offset a 0.7{7b69b9de36438d361c7735609901fa0dd171d5610b3d58886a55f998d0ab2cb7} gain in goods exports to $149.0 billion, supported by industrial supplies and consumer goods. But the nation reported a decline in exports of capital goods, motor vehicles and food products. Exports are increasing as global economies continue to recover from the pandemic.

“The real change in inventories may be slightly positive in the third quarter, with a drop in retail auto inventories being offset by inventory gains in other parts of the economy,” said Daniel Silver, an economist at JPMorgan in New York.

News on the housing market was discouraging, with the Conference Board survey showing consumers less inclined to buy a home for a third straight month amid higher house prices due to tight supply.