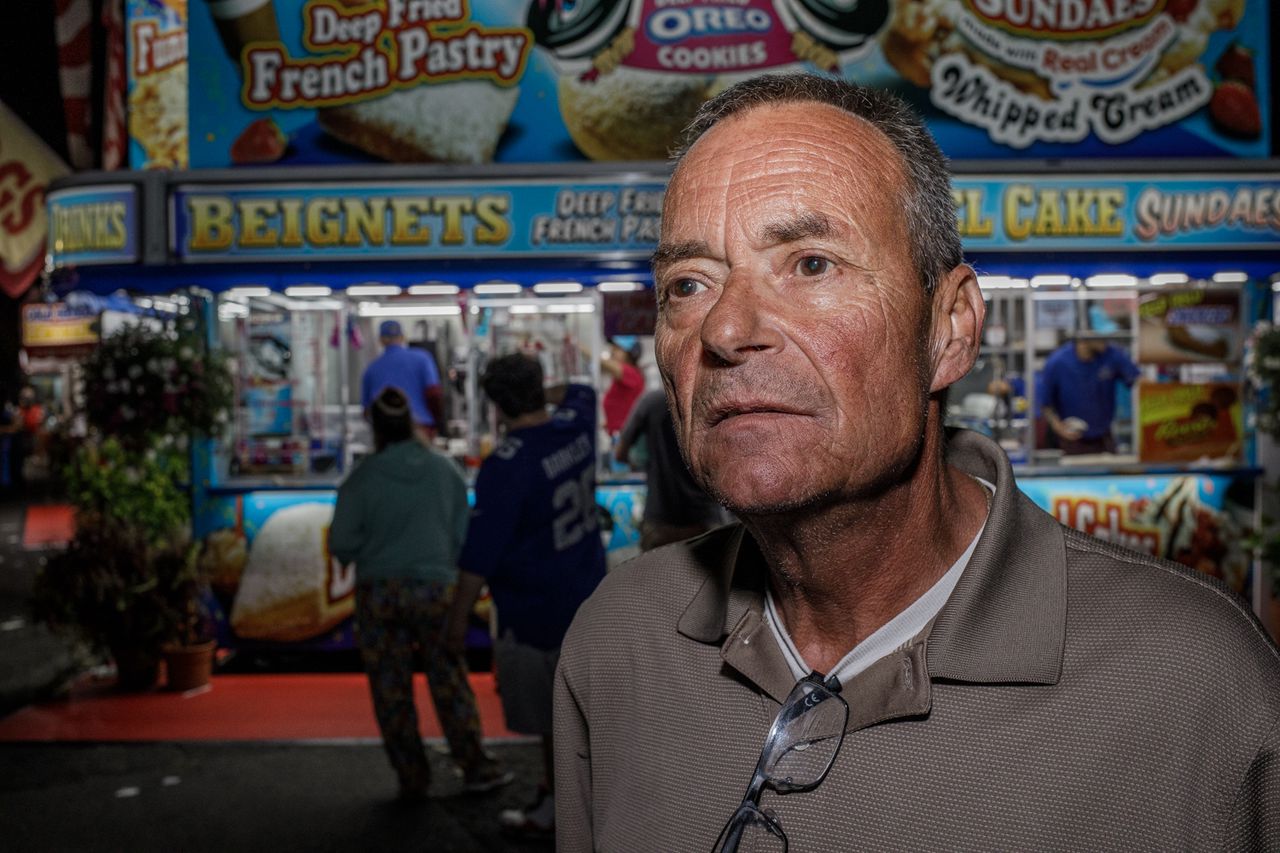 Since before he can remember, Mark Piche has been traveling across the country to various fairs, large and small, setting up stalls to sell food to hungry visitors. However, 2020 was the first time in nearly six decades that he was forced to stop and he felt lost.

Piche, who had his 62nd birthday on Tuesday, runs four stalls under the banner Piche’s Concessions. Since taking over from his father 10 years ago he only attends the larger and more prestigious State Fairs. Of the six, West Springfield’s The Big E is one of the better ones, Piche told MassLive.

The Big E is the second to last fair of the year. Piche informed MassLive that in his opinion state fairs haven’t increased their attendance drastically, with one exception.

“Delaware was unbelievable,” recalled Piche, a Ware, Mass. native. “But it was early in the season and people were just dying to get out [due to the COVID restrictions lifting]. So I think that had a lot to do with them coming out to that fair. In Wisconsin, attendance was down a little bit from 2019. New York, rather a disaster, but that’s just New York.”

The New York State Fair saw less than half the average daily attendance of previous years and according to Piche, 75 vendors didn’t show up.

Canceling fairs in 2020 meant losing out on some $4.67 billion in economic activity based on 2019 numbers, according to Calico of the International Association of Fairs & Expositions.

This year, however, The Big E in West Springfield has seen days with record numbers of people attending. It had its largest crowd ever on the second Sunday, the largest attendance on record on a first Tuesday and the largest Sunday attendance for an opening weekend in a decade.

However, even with the lower numbers in New York, it is still better than no fair at all, Piche told MassLive. He said that 2020 was a difficult year and had it not been for the federal grants for business owners, he would have had to close his business.

This year Piche has attended Delaware, Wisconsin, New York, Massachusetts and will move onto North Carolina for an Oct. 7 start and in February 2022, he will head to Houston, Texas for their month-long livestock show and rodeo.

Describing the previous year Piche spoke of the difficulties knowing that it wasn’t just about making money but the experience of working the fairs that he missed. Coming back this year has not only been a dream come true for Piche, but also those close to him see the change in his attitude.

“She goes, ‘oh my God! You sound so good,’” said Piche, speaking of the phone call he had that day with his wife. “She goes, ‘you haven’t sounded like that in quite a while now.’”

Without working the fairs, Piche confided, he feels lost.

“I’m where I want to be. And I know what I’m doing out here,” said Piche. “Without these fairs, I’m out of business. If I’m out of business I’ve got to figure out something else to do. I’ve been doing this my entire life. It would be a little hard to take on another trade at this stage.”

Piche is a second-generation fairground vendor and hopes to pass the business onto his son, Hunter Piche, 25, when he retires. That won’t be for a long time yet, he added laughing. Not because his son couldn’t take on the task, Hunter runs the french fry stall, but because he adores his job and doesn’t feel the need to step down anytime soon.

“He grew up on the carnivals and the fairs,” Piche said.

The french fry stall is one of the more difficult and physically challenging of the four stalls, Piche stated. Most people would choose to run an easier stall with a higher profit margin, but Hunter specifically asked to take over that stall to learn the ropes from the ground up, Piche told MassLive with a proud smile growing across his face.

“When I was younger, I start the first week of April working, little carnivals, shopping centers, parking lots, jumping from town to town, to town. Yeah. So when we traveled with an outfit like that, um, it was a big family. You know, everybody knew everybody, everybody watched out for everybody. It was, it was really nice.”

Guido Mallamace, 40, has been with Piche for 11 years and works at the Oreo funnel cake stall. He is one of the 10 full-time staff that travel to the six states, working the fairs along with Piche.

Mallamace, who affectionately refers to Piche as “Marky,” lives in a custom-built trailer a few meters away from Piche’s motor home. It includes; separate sleeping quarters, shower, toilet, washer and dryer.

“We spent a lot of time together,” said Piche. “We’re with each other almost 24 hours a day. So, a couple of years ago, I went and I built new living quarters for them. After working together all day and living together all night, they got under each other’s skin from time to time. So, I went and I built a new outfit with separate rooms in it. So, now if you don’t want to talk to the guy you’ve been working with all day, go in your room.”

Piche, his dog Riley, Hunter and his girlfriend, who works alongside Hunter, live in his motorhome at each of the fairs.

In 2019, with business bringing in a steady stream of cash, Piche invested in the motorhome that is luxurious by any standard. It houses four televisions, one bedroom, 1.5 bathrooms, living room, dining room and kitchen. Piche takes the master bedroom and his son and “daughter-in-law” take the fold-out bed.

With the pandemic taking away his income and Piche needing to make monthly payments for the motorhome, as well as a multitude of other expenses for his home in Ware and the business, Piche had to look for support otherwise lose everything, not least the motorhome.

Moving between each fair takes a lot of work and logistics. The convoy that will head to North Carolina after The Big E closes will consist of six vehicles; the four stalls, the motorhome and the staff quarters.

“I applied for a small business loan and I had to send in a whole bunch of paperwork,” said Piche. “[The government] would give me enough money to cover my bills, not to go on vacation or anything like that. So, between that money and our savings, we were able to survive because my payments kept coming in every month, even though the income was gone.”

This year he has been able to partially make up for the losses of 2019, but it was worrying for a time.

“What I was most concerned about was when the [stimulus checks] stopped,” said Piche. “I didn’t know if they’d have any money to spend, you know. They would spend the $13 to get through the gate, but if that’s all they have, they’re not buying the fried Oreos or funnel cakes.”

Waking up at 6:45 a.m. to walk Riley and prepare the stalls and only arriving back at his motorhome at 10 p.m. to sort through the cash made during the day, wash his employees’ clothes and work on documents, Piche’s head will finally hit the pillow in the early hours of the morning. Then the routine starts again.

Even though it can be grueling working the fairs, Piche and those around him thrive in the lifestyle and are happy to be back on the road.

“You know,” said Piche, pausing to take a drag from his cigarette and look across The Big E fairground. He sees a man drunkenly shouting, families laughing together as they walk past and a child pulling her mother to the next attraction.